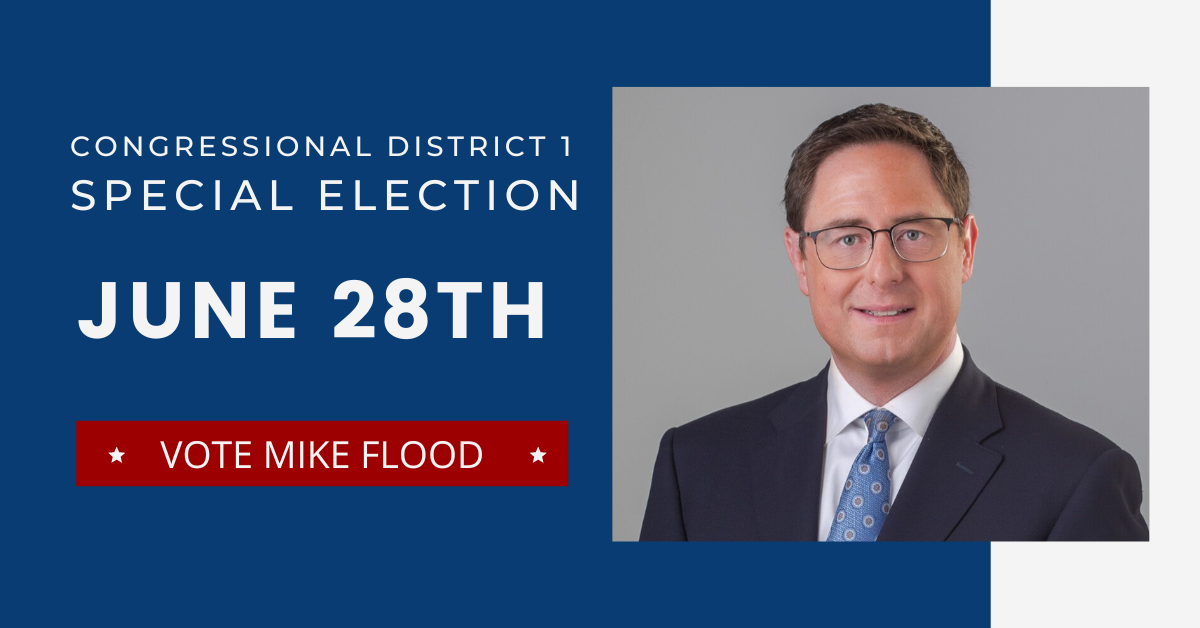 Our Lancaster County Republican primary elections were of HISTORIC numbers.  Almost 37,000 Republicans voted (47% of registered Republicans) and we DOMINATED the voter turnout with 55% of voters being Republicans.  This was the HIGHEST Republican voter turnout of any Primary EVER; including comparisons to past President, Governor, Senator, and Congress contested Primary's.  LCRP is poised to move on to the General Election on Nov. 8 and "We the People" will see a BIG RED WAVE!

BUT … voters in Congressional District 1 have a Special Election on June 28 to fill the term of former Republican Rep. Jeff Fortenberry, who resigned earlier this year.

Republican state Sen. Mike Flood WILL win this race with YOUR help — and he will serve until January 2023 — then, the Nov. 8 General Election determines which candidate fills the next full term.

Here is what you can do.

1.  Download and Print an Early Voting Ballot:  It is easy to do!  Fill it out and mail/email/fax it back to the Lancaster County Election Commissioner by FRIDAY, June 17th.

May 31st - First Day to vote in-person at the County Election Commissioner's Office.

June 10th - First Day Early Vote Ballots are mailed to those who have requested one.

June 17th - Last Day to Register to Vote and send in your Early Vote Ballot Request for the Special Election.

June 28th - Election Day - Click HERE to find out where your polling place is if you haven't voted before this day.