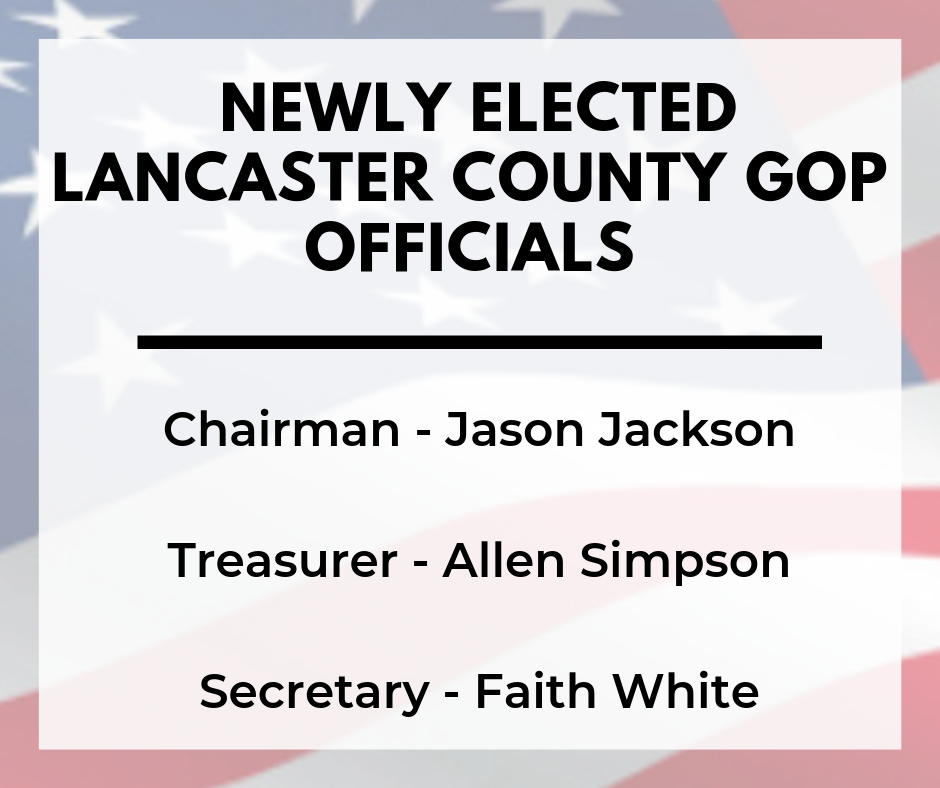 In his remarks to the Convention, Jackson emphasized the importance of conservative values. “We are a big-tent party, and all are welcome, but we are also a conservative party,” Jackson said. “I’m pro-life, pro-family, pro-second amendment, pro-opportunity, pro-military, and pro-America.”

Other officers elected included Faith White, who was re-elected as Secretary, and Allen Simpson, elected as Treasurer.

Jackson concluded the convention with a message of unity and gratitude. “I want to thank all of the candidates that ran for leadership positions. Now is the time for all of us to come together. There is a lot of work to be done and everyone who shares our values and wants to help us elect Republicans has a place on our team.”