Come on over and celebrate the swearing in of the 45th President of the United States, Donald Trump.  The event will be held on Saturday, January 21st from 7:00 - 11:00pm @ The Gala (2602 Park Blvd, Lincoln)  For the first time in over eight years Republicans will control the White House and Congress.  It's time to be excited about the direction of our country.

We hope you can join us this night as we also kick off the 2017 Lincoln City Elections by highlighting City Council Candidates Roy Christensen, Tom Nesbitt, and Brayden McLaughlin.  We need your support!

Please click this link to learn more and to purchase your tickets, or sponsorships! 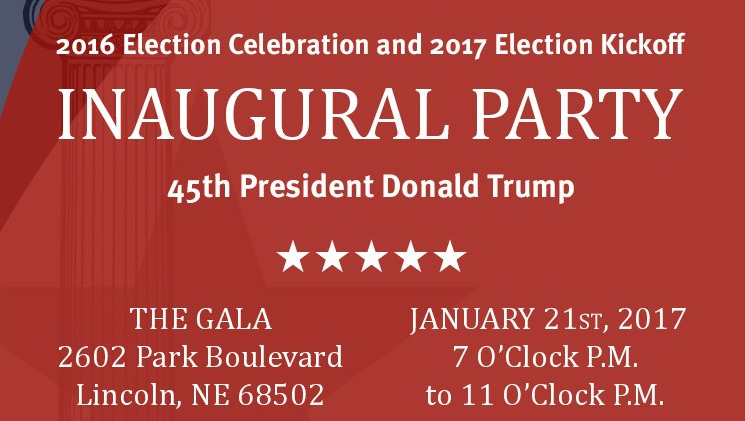